I'm surprised I haven't seen news coverage on this until now since its caused a HUGE ruckus among local residents on the nextdoor app. Nevertheless, The rezoning has been approved after the original (larger) plans were reduced. According to some pdfs posted by the city it will be called "Frisco 45?". The Value of the project is around $850 Million. Unfortunately, the original buildings were supposed to be larger and taller, but because of nearby residents' complaints about traffic, the maximum building heights have been reduced to 5 floors for residential and 14 floors for office and hotel. Its supposed to be more upscale and it was noted that they are seeking "high-end tenants" I checked the approved plans filed with the city, and It calls for four 14 story Office buildings facing a central park area, and a 14 story 350 key Hotel.

Here are some quotes,

Project leaders said there will be four offices with a maximum of 1.4 million square feet and about 80,000 square feet of retail, with the option to increase that within the office area. It will have a hotel, which is expected to have a minimum of 350 rooms.

The project will also have 22 percent open space throughout.

Jim Knight, senior principal of development firm Stantec, said the project will be “a mixed-use project with a campus corporate office focus.”

“We want to bring the first Fortune 500 Company to this community,” Knight said.

“We don’t want them to constantly be across the street from where we are.” 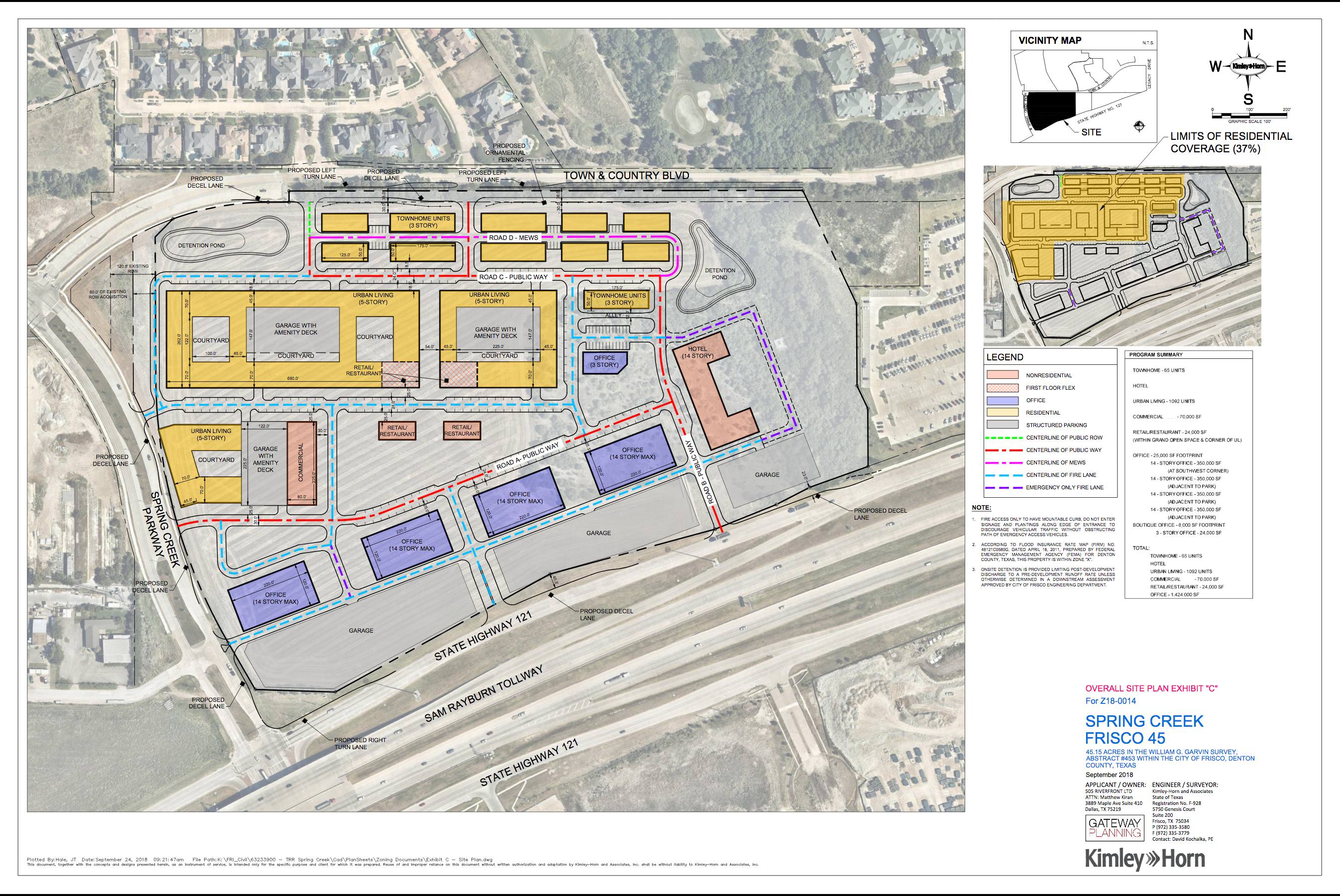 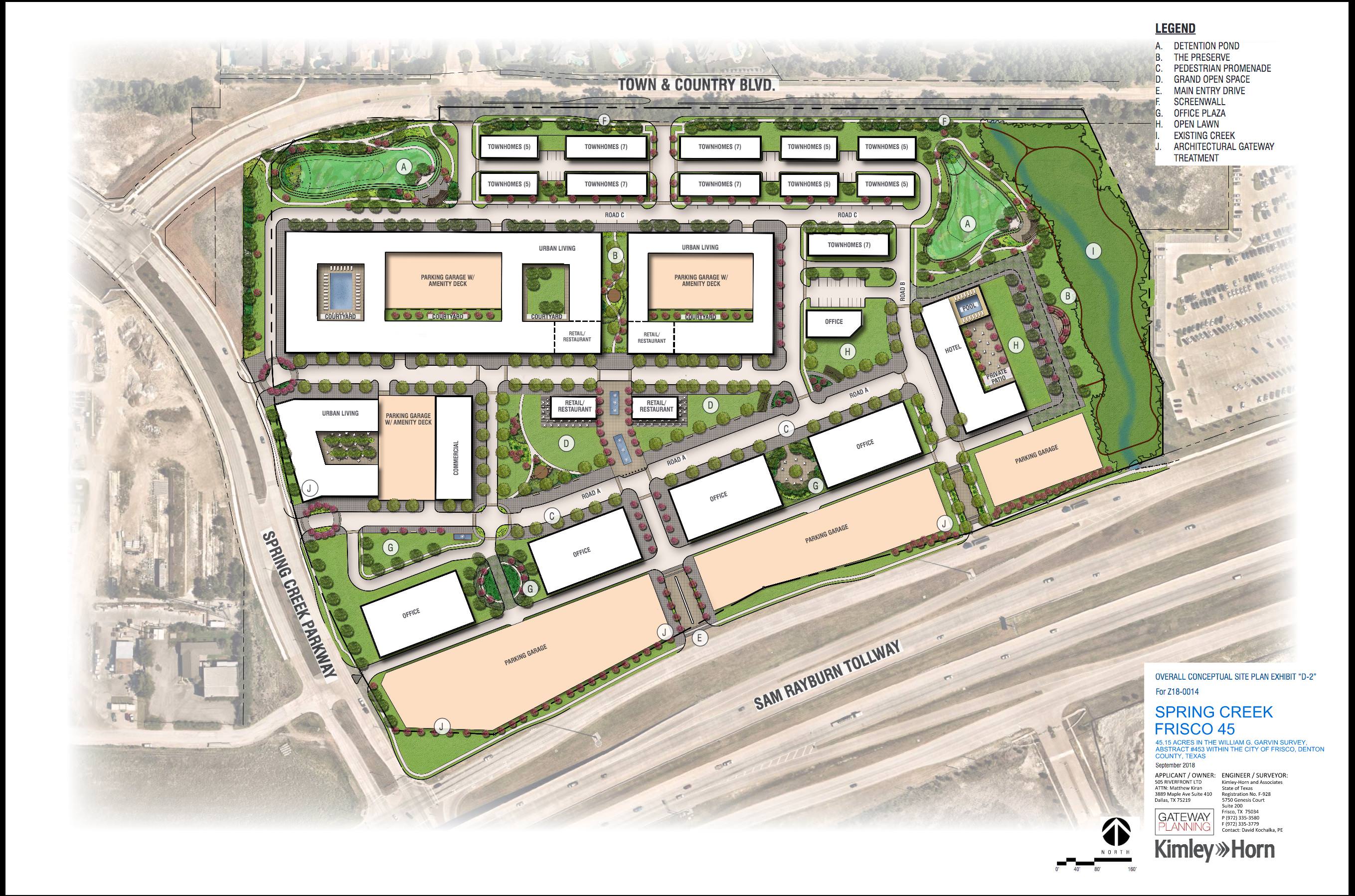 Lots of complaints about the double density, The project is going to be denser than Frisco Station, The Gate, and The Rail.

“The residents have asked you time and again not to shove apartments down our throat,” Works said.

Resident Bill Short said more conversation should have taken place by the Planning and Zoning Commission about the property being reclassified as a transit-oriented development (TOD), which allows for 50 percent residential. The P&Z recommended approval for the project earlier in the night.

Works said a reasonable number of apartments would be 25 percent residential.

Linda Kelly, president of the Stonebriar Country Club Estates HOA, said she is concerned about traffic congestion she said is already bad near her neighborhood.

“If we double the density here, we’re going to create a lot more problems,” Kelly said.

That's the best picture they could come up with?
Top

That's just the land use picture used for Planning and Zoning review. They generally don't do renderings for most projects, unless there is something special or different that needs to be shown.
Top

and I updated the original post to include these.

Much better, thanks!
Top

So now I am wondering, more competition for Wade Park, better location and KDC is involved.

Users browsing this forum: No registered users and 3 guests