Dallas to get XFL franchise

Dallas to get XFL franchise

Yes, the same XFL that tried and failed years ago, is apparently trying again. Dallas is looking like 1 of 8 cities due to get an XFL team.

Haha.. wow. This is going to be an even bigger failure the second time around. I'm curious to see if they are going to do anything differently this time around, or if they are just hoping a second attempt will somehow work out for them.

They were in a much better position to do this the first time around, as WWE was much higher in popularity. That's definitely not the case any more, and, on top of that, everyone still remembers the XFL and remembers how badly it failed. At least the first time around it was new, so people like me watched it out of sheer curiosity. This time around, I won't really waste my time.

Also, I seem to recall that they tried to market XFL as being 'more Xtreme' than the NFL. Not only is the only 'Xtreme' marketing way out of date, but it's terrible timing considering a lot of people, these days, are starting to think that the NFL might be a bit too dangerous as it is. There's been a lot more attention drawn to all the potential head trauma that players can suffer from.

I haven't followed WWE in more than a decade, but, to me, this just seems like a completely desperate move by Vince McMahon. He would be better off picking cities that don't currently have NFL teams, starting a new sport all together, or making the XFL a European league instead.
Top

Having attended every LA Extreme home game (including playoffs and championship game) of the inaugural (and only) season, I am all up for addition. The environment was quite awesome, to tell you the truth. As much of a cowboy's fan as I am, I cannot go to the stadium to watch a game. Too expensive, and too much a pain. But, I'll gladly pay $25 to go see an XFL game. It's far more laid back and enjoyable. Heck, that's why I go to high school playoff games.
It'll be nice to have some more affordable alternatives.
"He doesn't know how to use the three seashells..."
Top

I think I'm supposed to want this at Fair Park Cotton Bowl.
Top

I know it's not quite apples to apples, but it reminds me a bit of the old Dallas Desperados Arena League franchise. Those games were GREAT! Hoping they can capture some similar energy at a lower price point.
Top

Guess I was mistaken, seems people are more interested in this than I thought. Well, in that case, hope it does well!

I have a feeling they will struggle this time around as well, but, this time, McMahon is prepared for that and is likely willing to continue to throw money at this to keep it afloat for the long term.
Top

I sure hope it's not a deal where the XFL tries to out-patriot the NFL. That whole flag-kneel-civil-rights-violation-protest and reaction pushes people to extremes more than it raises awareness and slow played solution, and if the XFL wants to gain momentum by exploiting the bungled NFL reaction, then I would hope the XFL fails to get out of the gate.
Top

Globe Life Park has found a new life as the stadium of D-FW's XFL franchise. Here's how it'll look

Well, it looks like we won't lose the Ballpark stadium after all when the replacement Rangers stadium is finished. It is projected to seat 25,000 after retrofitting work is done, which the Rangers will do. The field of play will be aligned north-south. The specifics like the team name, colors, etc. will be revealed sometime early next year. Only about 5 games will make up a regular season. Additional possibilities reportedly include home games for a UT-Arlington football team, if they decide to bring football back; and some possible Arlington ISD high school football games--both would/could use the venue when home XFL games aren't going on. 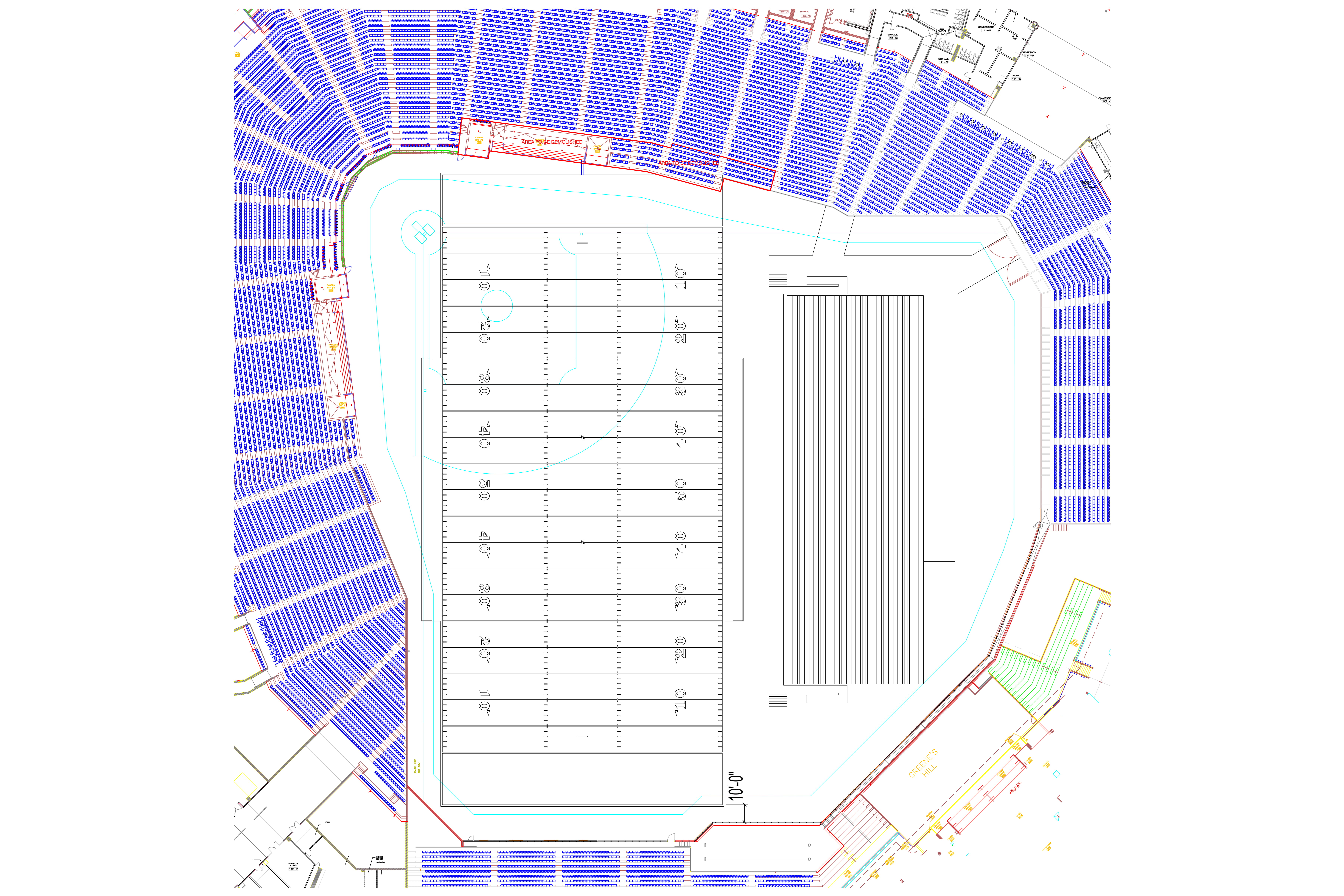 ^
Eww... I have had the unfortunate experience of watching a football game in a baseball ballpark a couple of times, and it's whack.
Plus... Arlington? Really? Now it looks like you are trying to compete with the NFL... which is a bad idea. Heck, It would even make more sense to put it in Pizza Hut Park (or, whatever it's called if the name changed), than to have it here. Really though... Fair park would be a decent fit. Weird.
"He doesn't know how to use the three seashells..."
Top

Pizza Hut park or The Star would be a better fit. You need amore intimate setting for a new league. Otherwise youre left a cavernous feeling playing in a sea of empty chairs.

MLS had to learn that the hard way. You have build your self up to 30K+.
Top

There is a poll being taken on what the public thinks should be the name of the new local XFL team.

2) the Fort Worth Star Telegram poll is asking about the name for Dallas' XFL franchise that'll play in Arlington at the abandoned baseball stadium: Priceless

...and tragic. The City of Dallas has at least two venues, Cotton Bowl and Municipal Auditorium wasting away.
Top

Name.. who watch me?
Top

Yes, hat and all.

At least Houston's evokes how the city used to have the Oilers NFL team (and the XFL team logo there is also using an oil derrick, but it's much shorter/squattier than the one the Oilers used).

XFL, with an upstart team in Dallas, lays off all employees and has no plans to return in 2021

Well, so much for all that work they did on the Ballpark....

Maybe I missed the explanation, but I just don't get why they are keeping the thing...Sure they're putting in some mixed-use, but it would probably be more successful knocking it down and continuing to make it a bigger destination for football and baseball like they've done with Staples Center and Gillette Stadium.

Last thing you want is what Houston has: a rundown stadium (Astrodome) that won't be torn down but is never used.
Top

flyswatter wrote:Maybe I missed the explanation, but I just don't get why they are keeping the thing...Sure they're putting in some mixed-use, but it would probably be more successful knocking it down and continuing to make it a bigger destination for football and baseball like they've done with Staples Center and Gillette Stadium.

Last thing you want is what Houston has: a rundown stadium (Astrodome) that won't be torn down but is never used.

IMO, it's still a REALLY nice stadium that is nowhere near the end of its useful life. If they're able to keep it booked with things like XFL, NTSC (FC Dallas' 2nd division team), concerts and other events, then I can see why it would still have value.
Top

Re: Dallas to get XFL franchise

The XFL is trying again. The league has been in bankruptcy up until now. One of their new saving graces is Dwayne Johnson, the wrestler/actor, and one-time football player. Johnson won't be the only investor. There will be 8 teams again, with a local team, again, playing home games at Choctaw Stadium (the old Ballpark).

With the XFL's return, it has been announced that Arlington will be the base of league operations, as well as player training for all 8 teams. Schedules and team names weren't included in the article.

Return to “The Pitch”